The company Euro SITEX s.r.o., formerly Sitos Trading, has been found in 1994 by the screen manufacturers SITOS IS Heřmanice, Hutter & Schrantz IS Vienna and Ludwig Krieger Draht und Kunststofferzeugnisse GmbH Karlsruhe. The founders´goal was to create a professional consulting and trading company that would sell their screens exclusively on East-European markets . Sitos Trading had been progressing successfully and soon acquired a leading share on the Czech and Slovak industrial screens markets.

The assortment range had been further developed based on the extensive marketing and the experience of the foreign partners. Nettings, technical clothes including filters, perforated sheets, wire and plastic conveyor belts were subsequently added. Majority of the product range comes from the Euro SITEX s.r.o. founders´and partners´own production. Where the market demands exceed the production possibilities of the Company, Euro SITEX s.r.o. cooperates with renowned European manufacturers, such as ROLF KÖRNER GmbH.

In 1997 the Company started building a network of exclusive sales representations and subsidiaries within Eastern Europe. The Company´s products and services are now sold within sixteen countries. Their position on several of those markets is dominant thanks to their high quality.

The fast development of the assortment together with the growth of the sales network had also influenced Sitos Trading itself. Firstly, the Company changed its name to Euro SITEX s.r.o. in relation to the introduction of its own production and expanding activities within Eastern Europe. The original team of three trained salesmen now consists of forty specialists who represent the top in their sphere. At that time, the Company also obtained the CSN EN ISO 9001:2001 certificate. 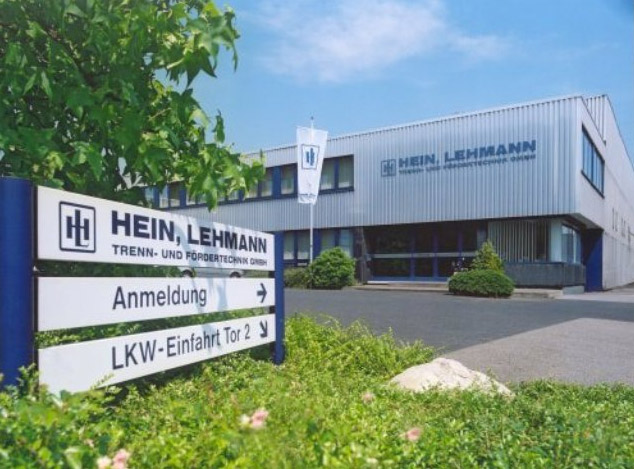 March of 2002 represents a fundamental milestone in the history of Euro SITEX s.r.o.: the Company is joined by HEIN, LEHMANN GmbH, a group of manufacturers, a mammoth in the field of the production of industrial screens and conveyor belts who completes the current Czech production capacity of the Company, establishing a service and product portfolio that has no parallel in Eastern Europe, both in quality and quantity.

Last but not least, September 2003 has also been one of the turning points of the Company when the first part of the new commercial and logistic centre was completed.

Euro SITEX s.r.o. entered the year 2009 as the largest Czech manufacturer of industrial screens. The completion of the second and third parts of the corporate premises established commercial and office complex ready to welcome our respectable customers. In addition, a new company store offering the entire product range on an area exceeding 600 m2 has been opened. Our subsidiaries under the mark Euro SITEX s.r.o.® are operating in already eight Eastern European countries.

In 2013, Euro SITEX s.r.o. managed to resume the development of the Company before the 2008 global economic crisis and furthermore strengthen its position in Eastern Europe. Thanks to the production capacity increase the Company made its first deliveries to Asia and Northern Africa.

Due to its stability both on the Czech market and on the market of Eastern Europe the company Euro SITEX s.r.o. has gained exclusive rights to represent other product groups of the Stafag group, namely Steinhaus, Lucotec, Multotec and DOH, commencing as of 1. 1. 2019.

The company with more than a hundred years of history. A highly specialized conveyor belts supplier, whose conveyor belts are used where rubber, textile and plastic belts can not be used and standard solutions are not available. Narrow focus specialized and experienced wire mesh conveyor belts manufacturer for individual and extremely durable products in various areas of application.

A corporate policy of controlled, self-financed growth realised consistently for 90 years of company´s history secures Steinhaus GmbH today not only a healthy economic base but also quite an impressive presence throughout the world. Steinhaus is part of the STAFAG group with over 50 companies and 3,000 employed workforce worldwide. The Steinhaus family is still the majority shareholder of this companies group.

The STEINHAUS delivery program consists, apart from sieve panels made of synthetic or steel, of wedge wire screens and filter media made of steel, synthetic and textile fibres. With their sub companies Lucotec and DOH they are also manufacturer of air spring systems and wire mesh conveyor belts.

After the first air-spring-projects since 2010, Lucotec GmbH was established in April 2014. In this phase, the STAFAG member Steinhaus did the first investments into this start-up-company. Today, Steinhaus is Majority Shareholder of Lucotec and the air spring patents with the goal of a worldwide market development of the air spring system.

Lucotec is focused on solving vibration problems of our customers, especially by reassembling screening machines from conventional steel or rubber springs to the Lucotec system. Air Springs are a reliable and optimal alternative what means a nearly complete reduction of vibration in the surroundings, an optimized screening result and a reduction of running maintenance and energy costs.

Backed by recognised industry leaders in metallurgy and process engineering, our mineral processing equipment is used to optimise recoveries and reduce cost of ownership in mineral processing plants in almost 70 countries on six continents.

Multotec is headquartered in South Africa, with full-service registered companies and manufacturing facilities throughout Africa, Europe, Asia, Australia and North and South America bringing us closer to our customers.

We would be very pleased to offer some of our many products and services to our dear customers. We look forward to seeing you, either at your office or at our own premises.